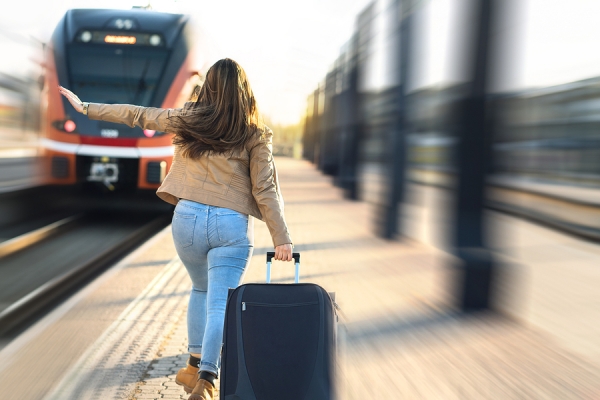 Some of us don’t feel much, you know. There are various reasons for this and some of these reasons occur later in life. If it has always been like that, though, it probably happened very early when the little one found that feelings were too painful and learned to avoid them. This is done by suppression. The feelings get put away in a safe dark place that is often known as the unconscious.

A person who has been affected in this way finds it easy to walk away. They might have become very close to someone, but then something happens, the avoidant person can’t bear it and just cuts off all feeling for the one who has hurt them. The feeling of closeness is not there any more and forgiveness is not an option. Often the avoidant person feels he or she cannot move far enough or fast enough away. Gone.

In adults, the avoidant attachment style is known as dismissive. Such a person does not know how to be available for their child because no one was available for them as a child. This means the dismissing parent ignored or suppressed the child’s attachment needs. No warm cuddles for this little one. A fairly formal and distant relationship. Parenting is intrusive, not acknowledging of the child’s needs to be recognized and respected as a developing person. The child who tries to get close is rejected and there is a lot of controlling behaviour from the parent.

The child in this relationship learns to live as if they have no feelings. Louis Cozolino wrote “It is a mode of withdrawal from the world & from others that blocks exploration of the environment & seeking emotional support.” And, very early, the child learns to be independent and self-sufficient. The mantra goes “I will depend on no one. I can manage by myself.”

David Wallin wrote that “avoidant infants – their needs blocked – learned to live as if they had none.” Some who read this may recognize these feelings in themselves. If there is recognition in you, there is a chance for increasing self-awareness and understanding of your needs and motivations. Life can change, no matter how old you are.